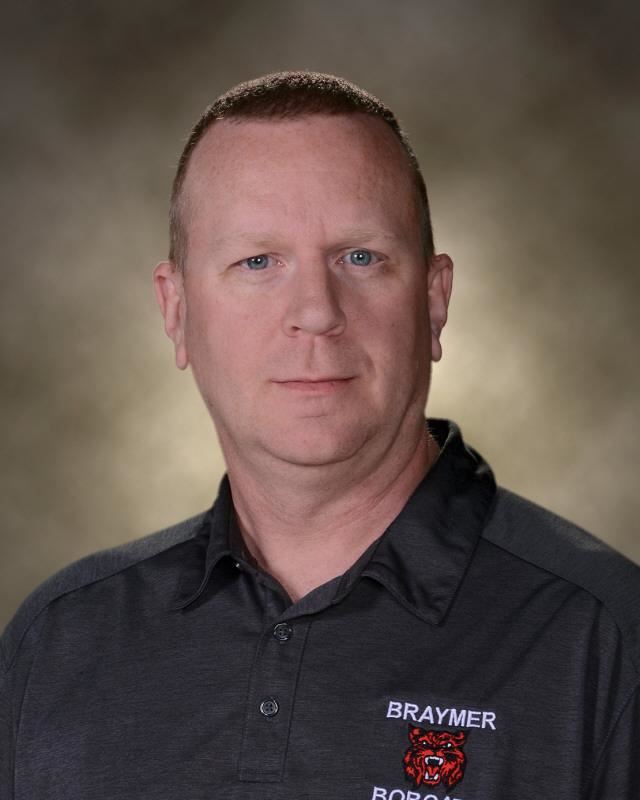 With the exception of four years in the late 90's and early 2000's, I have spent my adult life in service to our nation and our communities.  I served the nation as a Journalist in the United States Navy from 1990-1998 where I was primarily assigned to an amphibious assault ship.  During those years, I was deployed for Desert Storm, Operation Restore Hope in Somalia, Operation Uphold Democracy in Haiti, NATO Operations in the Balkans, and multiple other actions through out the Atlantic region.

After moving to Missouri in early 2002, I was certified as a Missouri Police Officer and began working for the Milan Police Department.  I worked for Milan until I was offered a position with the Trenton Police Department in 2006.  I came to Braymer High School in 2014 and began my teaching career with Social Studies.  I maintain my commission through Trenton and still work part time for the department when I can.

My personal philosophy is that I have seen what the world can do to us.  I have seen the worst humanity has to offer and I want to have an influence on those who still have the chance to change themselves and our world for the better.  Students in my classroom know that I can be very blunt and we deal with reality.  I like to think my classroom is enjoyable; even if the work is sometimes a grind; as well as highly instructive.  I believe we as humans will never be able to truly advance as a species and society if we constantly diminish our ability to communicate with each other.

Did I also mention I really like to go geek with Star Wars?